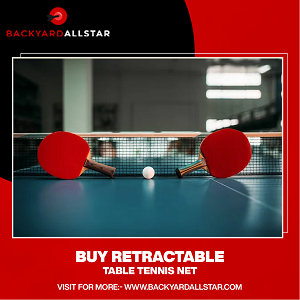 Ping pong game is widely played across the world. However, its origin can be traced back to Victorian-era England. Today, this sport is played in almost all countries, the reason being this sport can be played in small spaces and is one of the inexpensive options among individuals.

Ping pong is an intense game that requires jaw-dropping precision. It is one of the exciting games that both players and spectators enjoy. The fast-paced two and fro body motion, hand-eye coordination, and fast decision-making skills of the player are exciting to watch. Sometimes, the player switches between playing style-backhand and forehand to return the ball to the opponents. These moves change the flow of the game, making it more challenging. This is something thrilling for spectators and players alike.

The thrilling nature of ping pong made it a widely accepted game in Asia. Now, Asia has become one of the breeding grounds of refined players in the world. Some sports enthusiasts look up to their inspiration and want to be like them, but before becoming a master of a particular field, it is better to get well-versed in the rules, regulations, and requirements related to that sport. If you are a ping pong enthusiast who wants to stand with the top players of the world, get aware of the ins and outs of the ping pong game. In this guide, you will find all the information related to ping pong; continue reading.

According to the official rules of table tennis, you can play this game on a 2.74 by the 1.53-meter rectangular table. The ping pong table stands at the height of 15.25 cm, which is split into two halves with the help of a net. Splitting the table into two halves defines the court area of each player.

Besides the ping pong table and net, there are two more pieces of equipment that you will need, namely, a ping pong racket and ball. Ping pong racket or mostly referred to as a table tennis paddle, is approximately 17cm long and 15 cm wide, primarily made of wood. Every ping pong racket has a rubber surface on each side of black and red color. As different sides of the paddle generate different shots; the red and black color helps the player to distinguish the sides of the racket.

How to keep scores

The purpose of ping pong is to strike the ball in such a way that the opponent fails to make contact with the ball, which lets the player earn points. The player can use sheer power, spin, or deceptive means to earn points.

Sometimes, the ball hits the net and fails to bounce over into the opponent’s court. If this happens, the player doesn’t receive any points. Instead, the opponent gets the point. The opponent can also earn the point if the player hits the ball outside the playing surface or if the ball comes in contact with any part of the body while playing a shot.

Players can extend their range and variation of shot by changing pace and angle. This helps them to make the game intriguing and challenging. Some of the widely used shots are topspin, block, and chop. The topspin shot is widely used as an attacking shot in the game. The player has to hold the racket at a 45-degree angle. This makes the ball spin after the bounce and makes it difficult for the opponent to execute a return.

On the contrary, the chop is the defensive shot that many players choose when trying to negotiate spin. The player uses the top side of the paddle, pushes it downwards at 45 degrees, and makes contact with the bottom half of the ball. Chop can be played with forehand and backhand depending on the player’s position while receiving the ball.

What is a 6-week training program meant for?

Picking out the Best Adjustable and Eco-Friendly Dog/Cat Harness

Your guide to nailing the best Pre-Fall collection in Indiana

Is Acupuncture an Effective Treatment for Headaches?

What Are the Advantages and Disadvantages of Breathable Material Polo?

Roadside Assistance Towing Service – The Help You Might Need in...