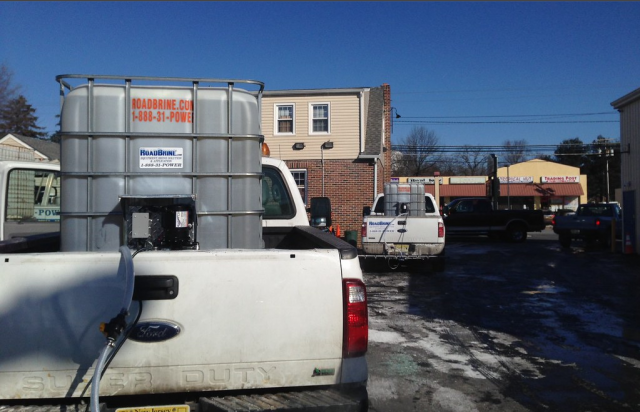 Brine is instrumental in removing snow from roads and other surfaces. It can be challenging to drive on snow-covered roads during extremely low temperatures, with most of the snow solidifying into sheets of ice during the night. It makes the roads slick, and the car could skid on it even if it is going well below the speed limit. While rock salt is a conventional method of deicing road, it has its limitations and does not work well on large tracts of land, nor does it stay effective for very long. You could try liquid brine for snow removal instead, and the unique and yet simple formulation helps with snow removal to a large extent. Here is how it works.

What is Liquid Brine?

Brine is a mixture of salt and water, along with various other additives. You can buy brine-making equipment to make your brine, or you could buy commercially manufactured brine from a reputed company and prepare a solution according to the instructions when you are ready to use it.

Liquid brine for snow removal is entirely non-toxic and non-lethal, and it is safe for use on both commercial facilities and private properties. You can use it to deice driveways, parking lots, walkways, and roads in your community. You can spray the brine mixture from a brine spraying machine, and it stops ice formation, or even it does, making it far easier to remove it.

How Does Liquid Brine Work?

The salt and additives present in the brine solution act as impurities that prevent the snow from freezing. Usually, snowflakes are light substances, and they tend to melt if it isn’t too frigid. However, when layers of snow keep accumulating, they solidify into hard masses that become difficult to remove.

Shoveling all that snow manually is a time-consuming and laborious task. The heat from the passing vehicles keeps melting the snow, and the roads stay primarily clear of ice. However, when liquid brine is sprayed on the ground, it disrupts the water molecules and prevents the snow from sticking to each other.

Even if it does manage to freeze, the resultant ice is far easier to remove because the brine does not let the snow stick to the road surface as steadfastly as before. This also goes a long way in preserving the road surface, keeping them in good shape.

Why is Brine Solution Better than Rock Salt?

Brine works better than regular rock salt because the latter does not start working unless the ice has already formed. Brine can deice as well as prevent the formation of ice in the first place.

Moreover, salt takes a while to work, and sometimes, it might not work at all when it is freezing. It might also get blown off in the wind. On the other hand, brine creates a barrier between the snow and the road surface, preventing the snow from taking hold of the ground. It will start melting that first two or three inches of snow that settles down, and that makes a huge difference.

Brine also stays put, and the solution is not blown off by the wind, nor does it completely dry out. It also does not get easily washed by the rain unless there is a heavy shower. Moreover, the amount of brine you need is about one-fourth of the quantity of rock salt, so it also saves you resources and expenses.

How to Work with Brine?

You can use brine solution as a pre-treatment or apply brine on fresh snow if it is not too deep already. You could also use it with another ice melt mixture if the region you stay in experiences extremely heavy snowfall.

You can also buy a liquid brine sprayer online, and it can be very effective in combating snow problems. It would be an excellent investment for your personal use, or even as a community if the people in your locality often have to suffer from accidents on cold nights.

When you buy an anti-icing brine sprayer for sale, make sure you buy from a reputed brine manufacturing company that can help you with the proper application and spraying process. Henceforth, you would be able to enjoy winter the next time it snows, rather than simply worrying about how to remove it.

Tips for Selecting the Best Dance Studio for Your Kids

Why Do We Need Professionals For Corporate Event Planning?

Here’s Why Your Clinic Needs Upholstered Accessories For Table

Non-Invasive Fat Loss: All You Need To Know

5 Reasons Why You Should Have a Maternity Photoshoot?

What to know about acupuncture for depression