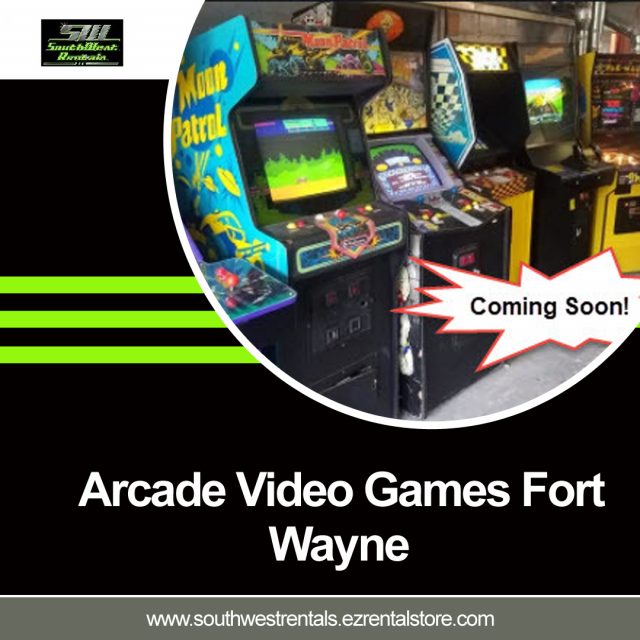 An arcade or a coin-op (coin-operated) is a type of gaming machinery explicitly used for entertainment purposes in-game parlors, restaurants, bars, amusement parks, and more. An arcade video game can be of any form. Many services offer fighting, shooting, driving, or arcade pinball machines for rent.

Even though arcade games are still one of the most played games of the 21st century, there was a time known as the golden age. From the late 70s to the mid of 80s, several heart-throbbing titles were released that are admired to this date.

After releasing titles like Space Invaders, Donkey Kong, Pac-Man, Pinball in the 70s-80s, there was a revival of the arcade industry in the 1990s, and several titles like Street Fighter II, Mortal Kombat, and more were released till the 2000s. But the rate of arcade video game production decreased in the Western regions due to the introduction of PlayStation, Xbox, and other consoles for gaming. However, there’s still a craze of arcade video games among the players, and there are still a few regions that have retained the legacy.

Among the list of arcade video games, pinball will remain one of the most evergreen arcade video games ever. If you plan to bring those golden days back to your residence or store, get the Arcade Pinball Machine for rent from a nearby rental service.

A pinball arcade machinery generally uses the flippers (paddles) to manipulate balls placed inside the machine. A pinball machine offers a cabinet (mainly covered with glass) that contains a playing field with targets, lights, ramps, bumpers, and several other aspects. There can be variations in the playing field depending upon the pinball machinery design. The player aims to score the maximum number of points in the game by hitting the targets using the flippers and preventing the balls from draining. If all the balls empty, the game ends. A pinball arcade video games consist of several categories, i.e., Deadpool Pro, Munsters Pro, and more.

Arcade video games have several popular games under the “Driving” genre. They are Daytona Championship, Super Bikes 3, MotoGP, and more.

Typhoon and XD Dark Ride is the most famous title under simulators.

This is one of the most loved genres of arcade video games. It consists of games like Big Buck HD Wild, Big Buck Hunter Reloaded, and more.

Arcade video games can be coin-operated as well as card readers. You may add various arcade video games to your store to deliver entertainment to this generation of kids. Though there would be no prizes for victory, they would still love playing, competing, and breaking their high scores. Indeed, they will be revisiting your store for more entertainment.

Tips for Selecting the Best Dance Studio for Your Kids

Do you want to know about DIY Cat doors for windows?

A Complete Guide on Professional Cleaning Services in New Jersey

5 Reasons Why You Should Have a Maternity Photoshoot?

What to know about acupuncture for depression