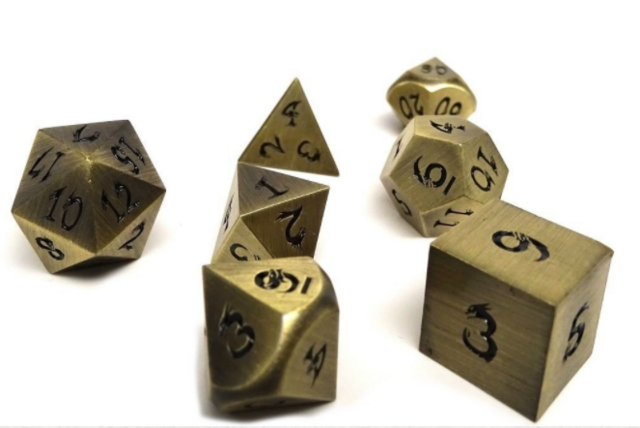 If you are an ardent follower of the world’s best role-playing game, Dungeons & Dragons, you must be aware of different accessories, books, and other things the game offers. In D&D, players assume different characters and embark on the adventurous journey led by Dungeon Master. He controls all the non-playing characters, monsters, and ongoing events in the dungeons and dragons world.

Several editions of d&d books are available that one can read to know more about the game and its strategy.

Dungeon Master is one of the essential characters in D&D. If one plays the part of dungeon master, they should know everything about the character. This book is the perfect guidebook to read all the inspiring tips and extensive tools. Since the dungeon master plays the role of referee in the game, a player should know all the key points to create an adventurous journey for the other players. Analyze every moment of the game through this book and make an exciting quest in the fantasy world.

One of the remarkable d&d books for a beginner, the ‘Player’s Handbook’ introduces a new player to the fantastic world of dungeons and dragons. It has a detailed narration of all the characters. One can read in detail about the rules, gameplay, and character creation. This small book will introduce you to the fantasy land of D&D and will make sure that you don’t stay behind while playing with experienced players.

The interesting monster manual book will make you an incredible dungeon master. It has details of all the monsters that will appear in the game. One can use the book to call out the monster and use them in the battle. Enjoy this surprising book to excel in the game.

A passionate player would want to keep up with all the latest editions. D&D 5th edition is the newest edition of dungeons and dragons. Though the 5th edition is heavily based on prior editions, several new mechanics simplify and streamline the game. In the latest edition, the proficiency bonus increases with the character level. Weapons, skills, saving throws, items, and other things that a character does add bonus points.

This latest edition presents only a single defense value of armor class instead of multiple defense values. Saving throws are now situational checks which depend on six core abilities and not on generic D20 rolls. The power system of the 4th edition is upgraded with more standard features that increase character level. The spell preparation system by the clerics, paladins, and wizards will be slightly different from the previous edition.

D&D 5th edition will enhance your gaming experience with several advantages. It has new thrills, spells, and more chances to increase the level.

Another exciting thing offered by D&D is the dungeons and dragons miniatures game. It is a collectible miniature game that contains pre-painted, plastic miniature figures of the monsters and characters of the D&D. There are twenty loosely themed sets that Wizards of the Coast produced in total.

The first set of the game ‘Harbinger’ was available in both Starter sets and Booster packs. The starter sets comprised 16 random miniatures, a rulebook, a 20-sided die, a map, and terrain to play the game on. The Booster packs had eight random miniatures. The miniatures came with a card containing the figure’s statistics for the miniature game on one side. The other side contained the statistics for use in role-playing games.

Only two opponents play the dungeons and dragons miniatures game, unlike the regular D&D role-playing game. Since there will be no Dungeon Master here to guide the players with the rule, there is a D20 system that contains all the rules.

There are endless things that make D&D an interesting game. Despite having the options of so many digital games, many people still prefer playing D&D as it offers many interesting and exciting things now and then. It keeps the D&D fan intrigued with new editions, miniature games, and several other exciting things. So, plan a weekend get-together with your friends and enjoy the game for hours.

What Is an Annuity? The Complete Guide to Understanding Annuities

Different Types of Male Sex Toys and How to Use Them

How To Select A Good Staffing Service In Virginia

Advantages of Upgrading Your Thermostat

Why You Should Get a Seafood Bi-Weekly Subscription Box

What Is an Annuity? The Complete Guide to Understanding Annuities

Different Types of Male Sex Toys and How to Use Them