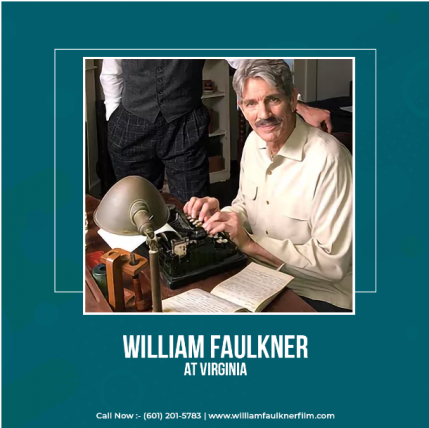 In William Faulkner’s third novel, Flags in the Dust, Faulkner invented the fictitious county of Yoknapatawpha. However, this work was not published during Faulkner’s lifetime; it was published after his death in 1973. As a result, in Sartoris (1929), a significantly edited and considerably shorter version of Flags in the Dust, Faulkner’s readers were exposed to Yoknapatawpha County. Faulkner coined the name “Yoknapatawpha” by combining the Indian names for the two rivers that run along the county’s southern boundary, the Yokna, and the Patawpha. The county seat was given the name Jefferson by Faulkner, who later developed a map of the county (which can be found in all copies of his work Absalom, Absalom! 1936) that shows where numerous events in the many stories took place. William Faulkner’s literature is still read globally and will always be remembered because of its unique stories.

Faulkner deals with following generations of the Sartoris family in Flags in the Dust (the central family of The Unvanquished, 1938). Bayard Sartoris is an older man, Aunt Jenny Du Pre still looks after the Sartoris mansion, and some of the black servants (Joby, Louvinia, and Simon) are still employed. Even though Colonel Sartoris has been dead for almost four decades, Simon converses about changing times. One of the fascinating things about Faulkner’s mythological county is that many of the same characters appear in multiple famous William Faulkner books; a character who plays a minor role in one narrative may later play a significant role in another. As a result, many of his characters appear in multiple novels in varied roles. By reading more than one of Faulkner’s novels, we learn a lot about the different people in Yoknapatawpha County. For example, after reading about Granny (Miss Rosa) in The Unvanquished and feeling as if we know her, we are ready for certain behaviors or reactions in a short story released many years later. “My Grandmother Millard and General Bedford Forrest and the Battle of Harrykin Creek” is the book’s title. There are only a handful of characters in this story who aren’t in The Unvanquished. Colonel Sartoris’ presence still permeates the entire area in Flags in the Dust. Several characters bring up his memory throughout the story, and his feats and actions are still retold. William Faulkner Nobel prize speech came as the most encouraging words for the budding writers of that era. His words still echo in the ears of the literature lovers.

Similarly, some of the original blacks are still with the Sartons. In 1919, Louvinia, who helped Colonel Sartoris escape the Yankees in “Retreat” by keeping his boots and weapons, is still working for the Sartorius. Joby, her spouse, is also still present. And, even though Colonel Sartoris has been deceased for over forty years, Simon continues to speak with him and express his dissatisfaction with the way things are developing.

She loves to speak about how Bayard I led a raid on a Yankee camp, seizing most of their supplies and capturing a Yankee colonel. She casually mentioned that at least Bayard I did not catch the anchovies. Upon hearing this, Bayard foolishly charged back into the camp and was killed in an attempt to capture the anchovies. This type of foolhardy bravado amid a serious war characterizes the actions of many of the Sartorius. The presence of Colonel John Sartoris, who has been long deceased, and his brother, Bayard, permeates the entire story in Flags in the Dust. And the modern-day Sartorises appear to be living in the shadow of the Sartorius’ former greatnesses.

Several other characters from The Unvanquished appear in Faulkner’s other works. For example, Uncle Buck McCaslin and Uncle Buddy become central characters in Go Down, Moses, 1942. The same type of radical social philosophy discussed in The Unvanquished is further developed in that novel.

How to use CBD to stay healthy and boost immunity,

A Guide to Buy Custom-Designed Championship Rewards for Your Tournaments